Hosted June 10-12 by Weill Cornell Medicine’s Clinical and Translational Science Center (CTSC), Entrepreneurship at Cornell, and NextJump, the Human Performance Hackathon brought together a multitude of professions – including doctors, entrepreneurs, medical students, engineers, computer scientists, and many others – from across the US and internationally. All came together with one goal in mind, to imagine the future of human performance and creating ways to enhance and improve it.

The event was held over three days and compromised of 18 teams formed, each working vigorously to come up with the best and most innovative idea that would help push human performance to the highest level. The reward for such hard work was a grand prize of $8,000, with a total of $25,000 for multiple awards. Mentored by almost 30 professionals, the teams worked late into the night and created as many working ideas as possible. There were creative breaks taken when respite was needed, including a pick-up game of basketball, a yoga Nidra session, and a dance-off among team members. Pictured below are participants taking a well-deserved break playing giant Uno. 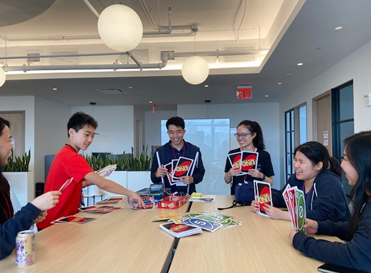 The major goal of this Hackathon was to encourage participants through networking, mentorship, leadership, and skills building. With over 75 participants attending it allowed an environment to create authentic and meaningful connections amongst teams and mentors. Ideas were challenged and given the attention needed to help fully realize their concepts. One-on-one feedback was provided by the mentors who were leaders in their industries of academia, sports, medicine, technology, and the military.  Participant I-Mei Liao stated she “left the event with a better understanding of the topic, new ideas, tools, friendship, inspirations, and a framework of work culture that I would like to build and pursue.” The Hackathon event provided workshops, lightning talks, and sessions built to help expand their tool set. The creators of the event wanted to ensure all participants walked away with the following key takeaways: strategies and tools for improving human performance, learning to scale cognitive bandwidth without burnout, and increased self-awareness.

Sponsors and supporters included Nextjump, where the event was held, Weill Cornell’s Clinical and Translational Science Center, and Entrepreneurship at Cornell. After beginning introductions participants could jump in with any ideas, or “pitches,” they had on how to increase human performance. Once pitches were completed, teams were formed, and ideas began to take flight. The first day went late into the night with participants filled with excitement and determination.  Surrounded by the sleek and modern facilities of the event space the teams were inspired to work together and create. Teams consisted of an amalgamation of members at all different levels in their fields, bringing unique viewpoints to the working concepts. 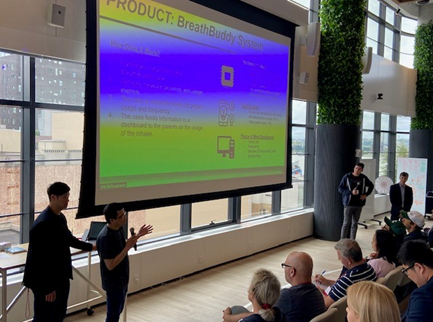 Six teams made it to the final round, with two teams taking home the grand prize after an intense round of presentations. Prizes were awarded for most forward-thinking, best demo, and most oscillating. Two grand prizes went to best scalability and best well-developed & immediate impact projects. The first grand prize went to, Team Pill Bill/Breath Buddy (Thasin Peyear, Alexander Lee, Alexander Tucker, and Mateo Saenz), whose project focused on increasing the correct usage of inhalers among asthmatic youth. They developed hardware monitoring, gamification, and dashboards to take control of users’ mental and physical states. The second grand prize won by Team Habitech (Kevin Chen, Connie Cui, Jackson Kim, Michelle Kong, Anita Lin, and Jiacheng Liu) focused on an app that would be used to help set reminders to develop and maintain users’ healthy habits. 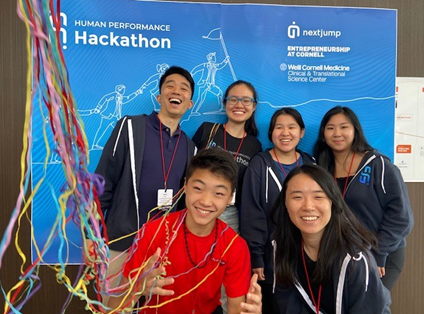 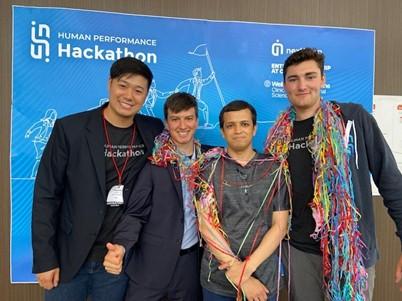 A hackathon brings people from diverse backgrounds together to solve challenges in a fun and competitive environment. A hackathon celebrates the use of minimal resources and maximum brain power to create outside-the-box solutions ("hacks") in a constrained time frame. This year was very unique in the fact that this was the first time the CTSC has resumed this event in person since February of 2020. The themes pitched reflected the impact of COVID19with major focus on mental health and how to specifically cope with loneliness and depression. The switch to not only mental health but holistic health, in general, allowed the teams to work freely and discuss topics typically deemed stigmatized, bringing light to ideas that will no doubt be headlining in the future. 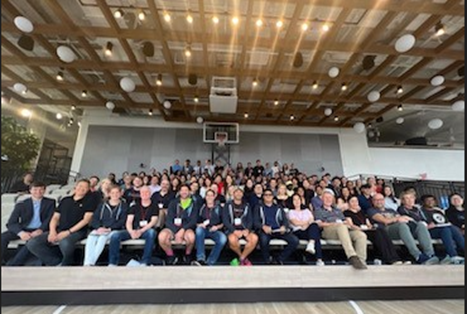